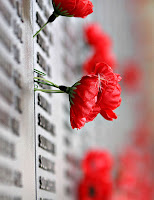 The 25th April is a special day for Australia and New Zealand for this is Anzac Day (an acronym standing to "Australian and New Zealand Army Corps), the day which marks the anniversary of the first major military action fought by these two countries during the First World War.

When the First World War broke out in 1914, Australian and New Zealand soldiers formed part of an Allied expedition that set out to capture the Gallipoli Peninsula (Turkey), under a plan by British Prime Minister, Winston Churchill in order to open the way to the Black Sea for the Allied navies.

“They shall grow not old as we that are left grow old:
Age shall not weary them, nor the years condemn.
At the going down of the sun and in the morning
We will remember them.”
("For the Fallen" by  Laurence Binyon ) 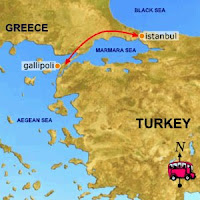 The ANZAC force landed at Gallipoli on 25 April, meeting fierce resistance from the Turkish Army commanded by Mustafa Kernal (later known as Atatürk).  What had been planned as a bold strike to knock Turkey out of the war quickly became a stalemate, and the campaign dragged on for eight months. At the end of 1915, the Allied forces were evacuated after both sides had suffered heavy casualties - some 21,255 British, soldiers, 10,000 French, 8,709 Australian, 2,721 New Zealanders, and 1,358 from India (which was under British rule at the time).
The date, 25 April, was officially named Anzac Day in 1916; in that year it was marked by a wide variety of ceremonies and services in Australia and New Zealand, a march through London, and a sports day for the Australian and New Zealand soldiers in Egypt.  The small New Zealand community of Tinui, near Masterton in the Wairarapa, North Island, was apparently the first place in New Zealand to have an Anzac Day service, when the then vicar led an expedition to place a large wooden cross on the Tinui Taipos (370 metre high large hill/mountain, behind the village) in April 1916 to commemorate the dead. A service was held on 25 April of that year
. 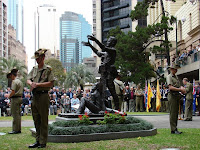 With the coming of the Second World War, Anzac Day became a day on which to commemorate the lives of Australians and New Zealanders lost in that war as well and in subsequent years. The meaning of the day has been further broadened to include those killed in all the military operations in which the countries have been involved.
Erroneously perceived by some as a day that "glorifies" war, Anzac Day actually represents the opposite - it is a time of remembrance and reflection that, like our ancestors, without the sacrifice of those men and women, our life today could very well be extremely different.  As with the commemorations that are held at Gallipoli are also marked by the Turkish people, Anzac Day also offers an opportunity to extend the hand of friendship in due respect to those who once were our enemies in an attempt that the lessons from the past are finally learnt.
For the Fallen
(A poem by the English poet and writer Laurence Binyon and was published in London in the Winnowing Fan; Poems of the Great War in 1914. The verse, which became the League Ode was already used in association with commemoration services in Australia in 1921)
With proud thanksgiving, a mother for her children
England mourns for her dead across the sea,
Flesh of her flesh they were, spirit of her spirit,
Fallen in the cause of the free.

Solemn the drums thrill: Death august and royal
Sings sorrow up into immortal spheres,
There is music in the midst of desolation
And glory that shines upon our tears.

They went with songs to the battle, they were young,
Straight of limb, true of eyes, steady and aglow,
They were staunch to the end against odds uncounted,
They fell with their faces to the foe.

They shall grow not old, as we that are left grow old:
Age shall not weary them, nor the years condemn
At the going down of the sun and in the morning
We will remember them.

They mingle not with their laughing comrades again,
They sit no more at familiar tables of home,
They have no lot in our labour of the daytime,
They sleep beyond England’s foam.

But where our desires and hopes profound,
Felt as a well-spring that is hidden from sight,
To the innermost heart of their own land they are known
As the stars are known to the night.

As the stars shall be bright when we are dust,
Moving in marches upon the heavenly plain,
As the stars that are stary in the time of our darkness,
To the end, to the end, they remain.

ABOUT THIS HIGH PRIESTESS

Frances, TDM
A student of the occult and a seeker of the Mysteries for many years.
An initiate of traditional witchcraft and priestess of the Gods.
A guide to the doorways through which the Mysteries can be obtained.
A prolific writer with essays and author of an increasing number of books. 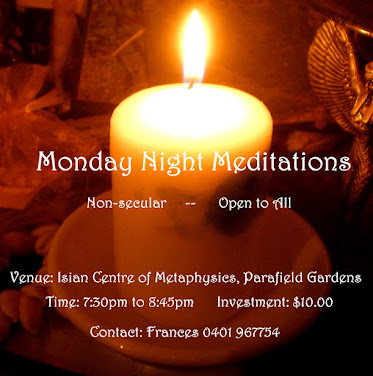 Held every Monday evening (except for public holidays) at the Isian Centre of Metaphysics. Develop mindfulness, clarity and inner peace. Suitable for beginners as well as the more experienced. Casual attendance welcome. Live streaming on FB 7.30pm ACST. 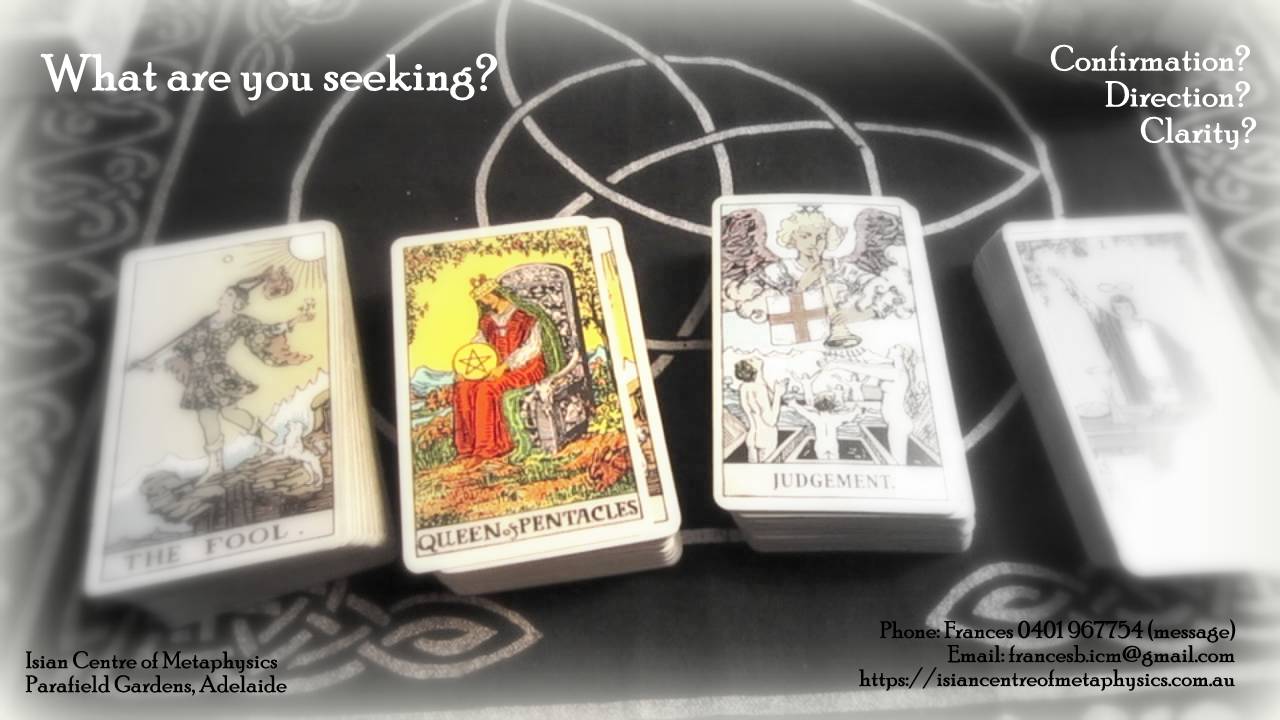 Are you seeking clarity, conformation or direction in any area in your life? If so, then a tarot card reading could offer assistance. I have been reading tarot cards for over 20 years, as well as well versed in other metaphysical studies. Appointments are available via FB messenger and Zoom.

"Call of the God" anthology 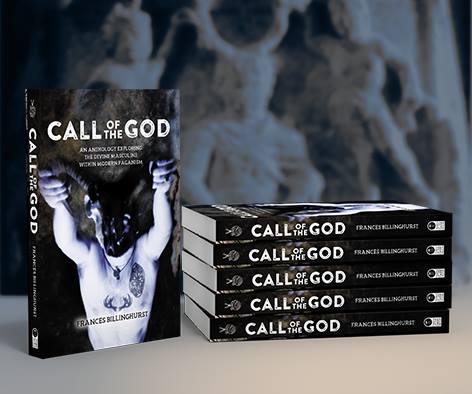 Click on the image to find out how you can order your own copy of this exciting and unique anthology.

Specifically tailored rituals can be created to help remove stale and unwanted energies from your home as well as unique blessing ceremonies to protect and encourage the attraction of positive energies. 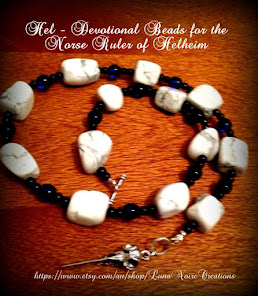 Handcrafted original crystal bracelets, prayer beads, devotional beaded bottles and worry beads. Many one of a kind items. Custom made for your specific needs. Click on the image to be taken to the LunaNoire Creations etsy store.